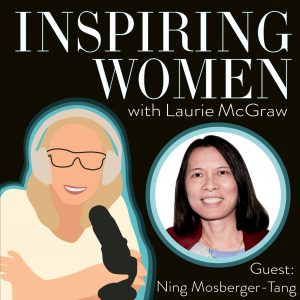 Ning has a background in computer science and has worked for a number of years in the tech industry, including a few years as a technical lead in Google during its early years. Since 2006, she has focused on conservation and environmental education, climate change mitigation, community organizing, and policy advocacy. She does her work through a private foundation, a social welfare non-profit, and as a private investor in cleantech startups. She also serves on multiple environmental boards including the board of League of Conservation Voters. Ning received her B.S. in Computer Science and Engineering from Tsinghua University and M.S. in Computer Science from the University of Arizona.

Ning’s current focus is on H.R.1/S.1 — the For the People Act — currently before the House and Senate, is the boldest democracy reform since Watergate. It’s a massive overhaul of money-in-politics, voting, and ethics laws — all to make our democracy more inclusive. We have a once-in-a-generation opportunity to pass the reform with a Democratic trifecta. However, it won’t happen unless we all advocate for it. Please take one or more of the following actions and take advantage of this historical opportunity to bring about fundamental changes we need in this country.  http://hr1.bluewavepostcards.org