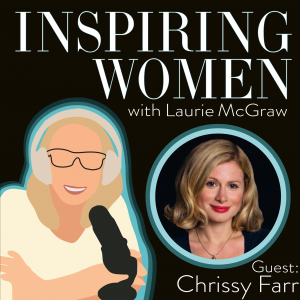 Laurie McGraw is speaking with Inspiring Woman Chrissy Farr, a San Francisco-based health-tech investor with a background in journalism.

Chrissy is a Principal at OMERS Ventures having joined in 2020 and is focused on healthtech, with special expertise in behavioral health, telemedicine, electronic medical records, and women’s health. Previously, she was a writer and frequent on-air contributor for CNBC, Fast Company and Reuters News, among other publications. She was raised in London, UK, and received graduate degrees from University College London and Stanford University.